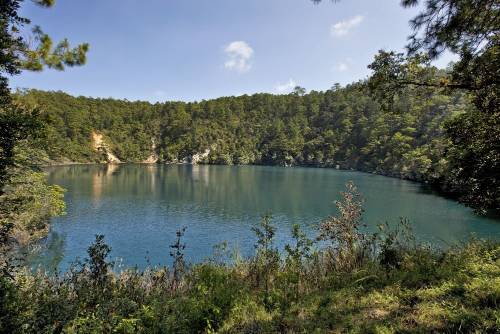 One of Mexico’s least visited states and can be a viable Mexico for living destination for those seeking “emersion” in a region that’s culturally rich and scenically unforgettable. There will be trade-offs (few English speakers, less commercial, geographically isolated), however in exchange you will be living in one of the Americas’ oldest cultures.

Chiapas, actually part of Guatemala up until the late 19th century is home to extraordinary landscapes from the pine-covered mountains of the Sierra Madre Mountain range, to the fertile central plains across its mid-section, to mangrove swamps, jungles and cloud forest. This natural wealth is coupled with an astounding cultural diversity, making it a fascinating under-the-radar destination.

As part of the Mundo Maya, Chiapas will bring your travelers up close and personal not only with the impressive ancient remnants of this mighty civilization, but also with its contemporary descendants: the Tsotsiles, Tzeltales, Tojolabales, Choles and Lacandones. Some of the most representative pre-Hispanic archaeological sites on this trail in Chiapas are Palenque (a UNESCO World Heritage Site); the riverside Yaxchilan; Bonampak and its brilliantly colored and well-preserved murals; Tonina; Chinkultic; Tenam Puente; and Lagartero.

The state has one of the largest and most diverse Indigenous populations in Mexico, second only to Oaxaca. This cultural richness can be seen in its festivals, rituals and popular art—particularly in its textiles. Spring-like and pleasant year-round, through cooler (even cold) during the winter months because of the elevation.

Handicrafts you will want to take home include back strap loom textiles; shellac from the Pueblo Mágico of Chiapa de Corzo; clay pitchers, jars, and animal figures; amber jewelry (which has the “Protected Designation of Origin” status); and much more.

The Pueblo Mágico of San Cristóbal de la Casas (pop. about 171,400) is set in a gorgeous highland valley and is an excellent place to find many of these handicrafts and interact with the different Indigenous communities that gather to sell their wares on market days. The town’s bohemian flair (and now home to some hip bars that attract younger visitors from Mexico City), cobblestone streets, whitewashed houses and vibrant celebrations are a favorite with travelers looking for an off-the-trodden-path destination. 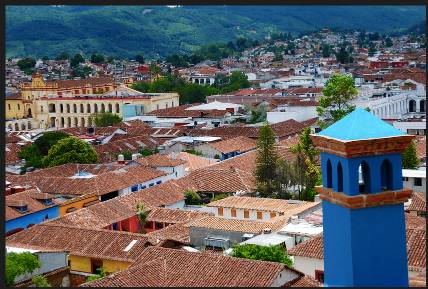 The incredible cultural diversity of the state is also reflected in its cuisine, a blend of traditional and mestizo cultures. There are different tours and routes available for you to sample its delights. Chiapas is the leading producer of organic coffee in Mexico and one of the major producers of certified coffee in the world, so it has a fantastic Coffee Route that winds its way through coffee plantations in the jungle. Cheese from

Chiapas is also famous, in particular, the queso de bola, or ball cheese, made in Ocosingo, where visitors can see the process and taste the results. And there’s no doubt you will want to indulge in the culinary tradition of the botaneo—the consumption of small snacks accompanied by drinks and conversation—and take restaurant tours to sample the incredible variety of dishes and beverages in Chiapas.

The capital, Tuxtla Gutiérrez (pop. 598,710) is quite modern, though with a very colonial heart. The historic center revolves around the traditional square, surrounded by restored buildings. Visitors can browse through the arts and crafts sold by artisans and ambulant vendors at the Plaza San Marcos; and about a mile from the center there’s the leafy Parque Madero. The park is the site of the Museo Regional de Chiapas, the city’s main theater and a fun kids’ attraction, the Parque de la Convivencia Infantil. One of Mexico’s most beautiful zoos is also found here: the Zoológico Miguel Álvarez del Toro, with its varied collection of flora and fauna and an emphasis on conservation. After the sun goes down, the town has a good selection of bars, nightclubs, cafés, and restaurants open till the wee hours.

Thrill-seeking travelers will find in this verdant state an eco-tourism paradise. Adventures include a kayak river tour through the impressive Parque Nacional Cañón del Sumidero; an afternoon at the thundering Misol-Ha waterfall or the turquoise pools of Agua Azul; or a morning spent canoeing the multicolored lakes of the Lagunas de Montebello National Park—and that’s just for starters. It has over 40 reserves, with standouts that include Montes Azules in the Lacandón Jungle; El Triunfo in the Sierra Madre; El Ocote in the Zoque region; and La Encrucijada on the coast. 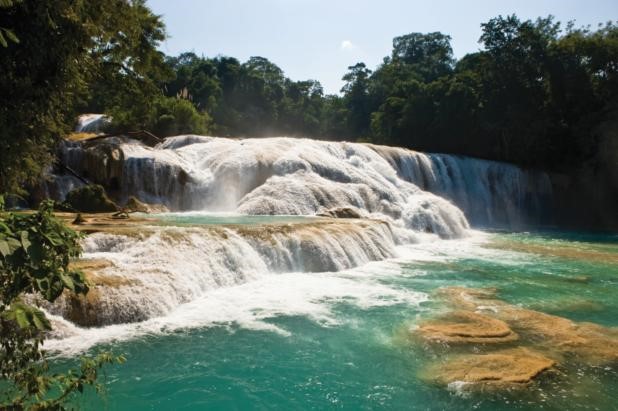 Accommodations in Chiapas range from locally owned inns in the smaller towns to well-known names, like Marriott and Holiday Inn in the capital. There is also a good handful of high-end boutique hotels to choose from, plus country estates, turn-of-the-century haciendas, and restored colonial mansions with all the modern amenities.